What is a Marriage-Based Green Card Petition? Why to Hire An Attorney? 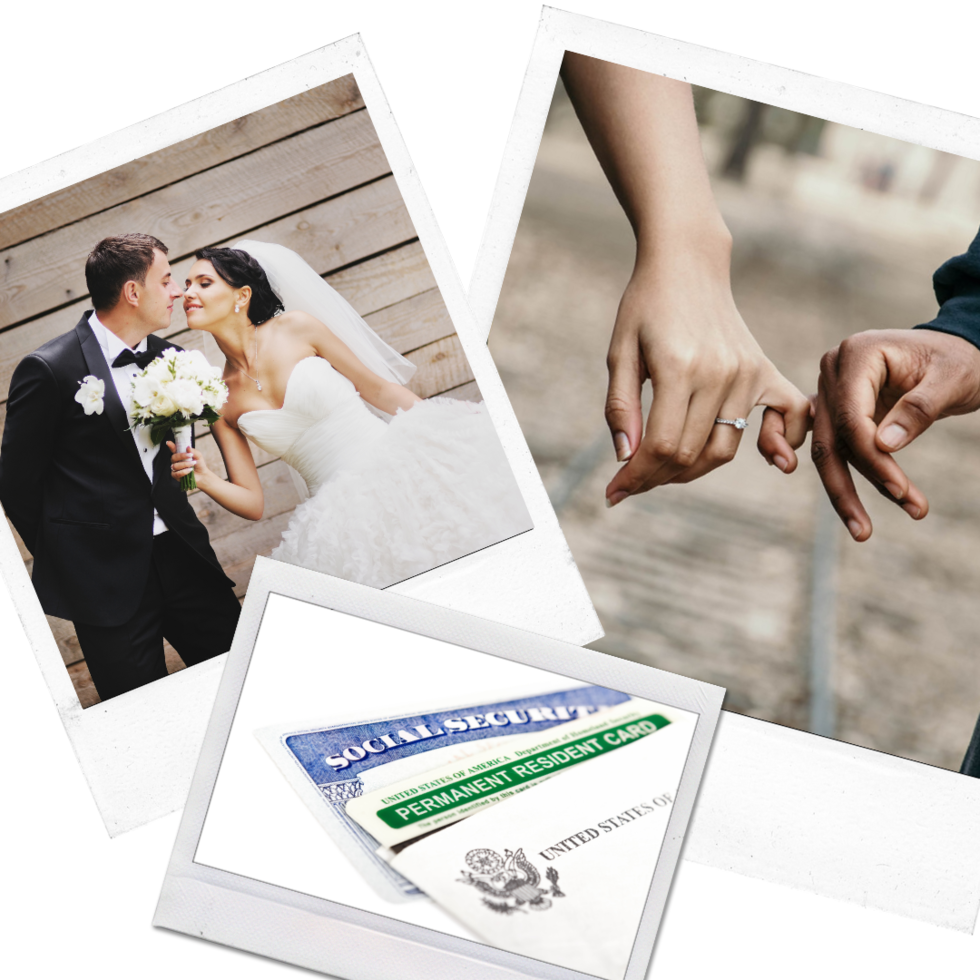 What is a Marriage-Based Green Card Petition Why to Hire An Attorney.pdf

First things first. The green card is the consequence of a real marriage.

That said, a U.S.  citizen or a U.S. resident may file an immigration petition on behalf of his/her spouse if they entered into a real marriage. This means, that the marriage must be recognized as a legal marriage in the state where the couple married. Accordingly, if the couple marries in a country that does not recognize legal effect to their union, that may have to remarry in another country or state to file a marriage-based petition in the United States.

The first step of the petition. The I-130 petition

The first step of a marriage-based green card is the I-130 petition. This petition is filed basically to establish eligibility. In other words, the applicant will present to the immigration authority, the United States Citizenship and Immigration Services (USCIS), the first group of documents upon which it should give the applicant green light to continue with the petition.

The I-130 petition is used with all petitions that a U.S. citizen or an immigrant wants to make. However, what makes a marriage-based petition unique is that it is made for an “immediate relative”, i.e. a family member that those do not need to wait until an immigrant visa is available.

Do I need an attorney to file my I-130 petition?

Well, in general terms, a person does not need an attorney to put information in a form and mail it accompanied by documents. However, when it comes to preparing the best immigration petition possible it is important to understand that an immigration petition is not won by putting the right information in the form and accompanying it with some documents.

Immigration petitions are reviewed by human begins, immigration officers who are trained to carefully review tones of immigration petitions, and to spot any possible issue that could justify an additional request for evidence or a rejection. This is in part explained by the real fact that millions of people want to come to the United States.

So how can you effectively communicate with the immigration officer if the only thing that he uses to study your case are documents? Well, with the help of an attorney you can spot the many issues that could cause delays, requests for evidence, or rejection. This can save you time and money. Additionally, not every case is the perfect case. In other words, not everyone files a petition after being happily married for 5 years (for example), having lived temporarily in the U.S. and with the appropriate visa, and having appropriately combined its assets and paid all its taxes.

The truth is that many couples that want to start a marriage-based green petition have to deal in some way or another with specific legal issues that require some additional work, more than filling out forms and putting some basic documents together.

If the marriage is short, if the couple is very young, if they have kept their bank accounts separate, if they have not always lived together, if they have to travel overseas while the petition is in process, if one of the spouses have had an encounter with law enforcement, in any of these and similar situations, having an attorney to prepare the petition can make a huge difference.

With the help of an attorney, applicants can put together different kinds of evidence. Of course, that evidence by itself may not do the trick. However, as we do at the Law Office of Giselle Ayala Mateus, many attorneys accompany the petition with a brief. A brief is a formal document directed to the USCIS explaining to the immigration officer the case, the circumstances that make it unique, and the argument that warranty a favorable exercise of discretion, in other words, why it should be approved.

What do we need to prove to win the first step of the petition?

To get an I-130 petition approval it is necessary to prove that the marriage basis of the petition is real. For this purpose, we need to gather documents and information that show to the immigration officer that the couple married, that they have built a life together (even if the marriage is currently short), and that they have the purpose of continuing together as a couple. A typical I-130 petition packet usually includes:

Once the I-130 petition is approved you can file the rest of the forms immediately. However, it does not work like that in real life. Once we are done with the first part of the process, we will complete several forms like:

Given the number of documents that you must submit, maybe now, you feel with more confidence that you need an attorney. However, maybe no. Well, if you hire an attorney this what you will receive. First, it is very important to understand that even a minor mistake could ruin your applicant and result in a rejection. Does that mean that the attorney can assure you 100% success? Well, no. An attorney cannot give a 100% guarantee that your case will be approved, but he can definitely give a better chance than if you file the petition alone. Let's see why.

Attorneys use immigration software for accuracy and coherence.

As opposed to a layperson who would include all information manually in the forms. Attorneys, at least most of them, paying hundreds of dollars in immigration software. The software helps the attorney include information smoothly only once, from there, the software puts the information in all forms coherently, which reduces the risk of mistakes. Additionally, immigration software are usually equipped with sophisticated tools that allow attorneys to follow up with the case in an effective manner, to notice any inconsistencies or errors with the information provided by the client, and create organized records of all relevant notes and information related to the case.

Attorneys have a team who reviews the applicant a second or third time before it is sent.

You may want to review all the information on your application before sending it. However, to do it right you would need to review the forms, and then, contrast that information with the information in the documents, this is, not only official records like certificates but also any declarations submitted. Attorneys have the support of a trained paralegal who is paid to read each and all the documents accompanying an application to notice any inconsistencies, identify any red flags and formulate a strategy if there are aspects of the petition that requires more evidence. For example, what would you do if you and your spouse did not leave together for a couple of months? Did you know that you must reveal all this information in detail to the immigration authorities? Well, an immigration attorney will know how to address the issue.

What happens after the second package of documents is sent?

When the applicant's spouse is in the United State the process of adjustment of status or Marriage-Based Green Card Petition take up to 18 months before it is finally approved or an interview with an immigration officer is scheduled. This is because USCIS has a lot of worked still accumulated, among other things, because they have a lot of works and few resources. That said, it is important to know that unless everything is correctly filed and no documents are missing, USCIS will move forward with the petition. In any other case, USCIS will likely send a Request for Evidence before approving or fully reviewing a petition.

Finally, if the interview goes well, without any extraordinary observations by the officer, the application is typically approved within 4 to 6 weeks. Thereafter the applicant must wait for his residence card and later, for his social security card.

The Law Office of Giselle Ayala Mateus can help you!

Special! $ 2500 (For clients who pay the legal fee in two payments)

Price may vary if the beneficiary requires a waiver.

I found it beneficial when you said how an attorney can use immigration software which can reduce the risk of mistakes. My brother is trying to get his green card when he marries his girlfriend this year. He should find an attorney that can help him through the process so it goes smoothly. https://www.texasimmigrationlaw.com/employment-based-immigration-attorney

We are glad that you find this information useful. In fact, one of the main reasons applications are denied the first time is related to little mistakes in the immigration forms. Please share this information so that we can inform more people. At the Law Office of Giselle Ayala Mateus, we are here to help!