DACA! The Dreamers Opportunity, What are you waiting to apply? 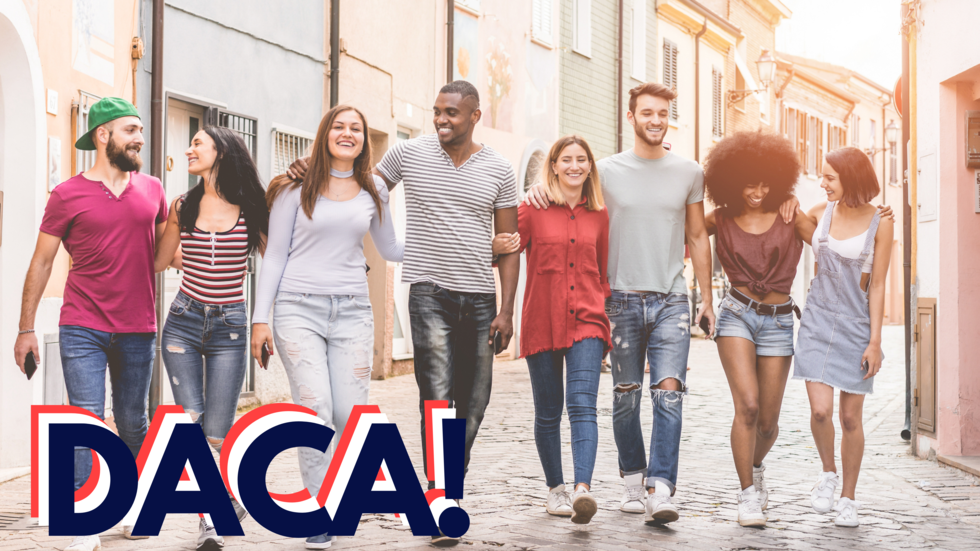 On June 15, 2012, the Obama administration announced its intention to launch an initiative for the thousands of immigrants who were brought to the United States as children and who had no immigration status. Since its inception, the measure has not only protected millions of minors but has also been a bold response to the so many times criticized US immigration system.

What is DACA? What does "Deferred Action" mean?

When an immigrant is granted “deferred action,” it means the Department of Homeland Security (DHS) has deemed the individual a low priority for immigration enforcement purposes. Accordingly, it has chosen to exercise its discretion and not deport the individual. Deferred action provides temporary relief from enforcement but may be revoked at any time. Deferred action is not amnesty or immunity. Additionally, it does not provide lawful immigration status or a path to a green card or citizenship.

Who is eligible for deferred action?

How long does DACA protection last?

DACA protection is granted for a period of two years, after which recipients can apply for renewal. According to DHS, the DACA applicant is eligible for future renewals as long as they had been under the age of 31 as of June 15, 2012.

Can a person who is granted DACA legally work in the United States?

Yes. Under existing regulations, DACA recipients can apply for employment authorization In this case, it is pertinent to take into account that both DACA and the work permit must be renewed.

Can eligible persons also apply for protection for their parents and siblings?

No. The request for DACA and the benefit of non-deportation is exclusively for minors who meet the requirements of the law.

How and when can people apply for DACA?

It is best to consult an attorney in order to file a complete petition. In addition to completing the forms, the applicant must present sufficient evidence about his good character, his residence, his arrival in the United States, his studies, among others. The completed file is submitted to the USCIS. Once the USCIS determines that the application is complete, it will issue a receipt notice or I-797 and schedule an appointment to have the applicant fingerprinted.

What forms must be submitted?

How much will it cost to submit a request for deferred action?

Based on current immigration fees, the cost of the petition is $465 for processing the petition and $85 for fingerprints. Additionally, the employment authorization fee is $380.

What evidence must be submitted with the application?

DACA applicants must submit supporting documentation with their application to demonstrate their eligibility. However, the type of evidence that can be presented varies from case to case.

What will happen if USCIS finds that the supporting evidence is insufficient?

If USCIS cannot determine the applicant's eligibility, it may send an RFE or request for evidence. Failure to respond to an RFE within the prescribed time limit may result in the denial of an application.

Do I have to pay someone to help me apply for deferred action?

Immigration laws are complicated. If an applicant decides to proceed without assistance it is likely that many questions will arise about eligibility, documentation and the possible consequences of applying for DACA. For these reasons, applicants should consider seeking the advice of accredited attorneys or representatives. Additionally, beware of scammers, notaries, and others who guarantee that they will get a successful petition for you.

Will the information in DACA applications be kept confidential?

According to DHS, any information that individuals provide about themselves in an application will be confidential and will not be used in deportation or removal proceedings except in exceptional cases. Information provided by individuals about their family members or guardians will not be used in immigration enforcement procedures. However, information about applicants and their relatives can be used for other purposes, including criminal investigations.

Will people who are denied DACA be put into deportation proceedings?