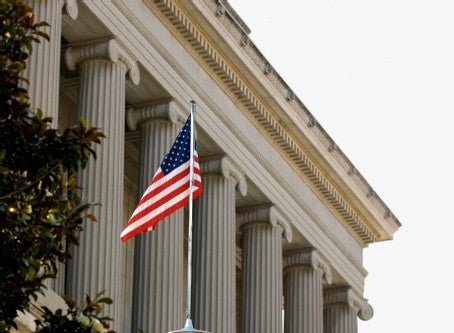 According to migrationpolicy.org as of 2018, there were more than 44.7 million immigrants residing in the United States. Immigration is a social, political, economic, and legal issue that impacts countries in many ways. For this reason, the power given to the President to handle immigration policy is so important but also so delicate.

The distribution of powers between Congress and the President

Article 1 of the United States Constitution granted Congress the power to make the laws, regulate commerce, and set the rules that govern the migration of persons.[1] However, pursuant to the principle of division of powers, corresponds to the executive branch, lead by the President of the United States, to apply the rules created by Congress. Although the authority of Congress to regulate immigration is extensive, its power is limited.

Once Congress creates the law and sets the parameters for its implementation, for instance, determining which classes of non-citizens will be denied admission or removed and which immigrants will be allowed to the country, the executive decides who fits within each class. Of course, the executive branch has no inherent power over immigration, such a power is given and it must be exercised within the grant of authority defined by statute.

In regard to immigration policy, Article II of the Constitution grants the President authority to conduct foreign affairs and to execute orders and proclamations upon which administrative agencies exercise their authority. This power is very broad. Courts have been indecisive as to whether they have the authority to limit such power. In several cases, they have referred the matter to Congress, and in others, they have been silent.

The discussion about the presidential powers over immigration is not new. In the past 10 years, immigration policy has been one of the most debated topics. DACA, Asylum, and Temporary Protected Status are some of the topics that the recent administrations have brought to the table.

Since the beginning of President's Trump term, the leader of the executive branch has been clear about his strong feelings in regard to the migration of people to the United States. President Trump fears that a flexible attitude towards the entrance of foreigners may put U.S. sovereignty, health, and national security at risk. However, it is undeniable that President Trump's measures have put those same values at risk, as a result of his public manifestations and his actions, segregation. violence and hostility have increased.

Whether we like it o not, Trump's administration has been careful, the executive decisions and manifestations made by the President have pushed the limits of the executive power, but they have not been declared invalid as an improper exercise of authority. In the context of politics, there has been a lot of criticism. However, in the context of the law, advocates have not been very successful challenging the President's maneuvers. This is maybe because the law gives broad authority to the head of the executive branch.

Under the Immigration and Nationality Act section 212(f), it is within the powers of the President, to limit the migration of people if there a reasonable basis to conclude that, “the entry of any aliens or of any class of aliens into the United States would be detrimental to the interests of the United States”. Additionally, section 215(a)(1) of the statute grants the President the authority to subject the entry of immigration to any such reasonable rules, regulations, and orders as the President may prescribe.

Now, let's review some of the matter's in which Trump's administration has been involved:

What is the rationality used by the president to administer immigration policy?

There no specific answer as to what is the rationality underlying the administration of the immigration policy. Each administration comes with its own agenda. Apparently, President Trump's agenda is to protect the United States at any cost.

There are those who support him and understand that an immigration policy without clear limits may condemn a country to economic distress and violence as a result of that lack of enough resources for everyone. Others see the President's actions as an attack on the ruts upon which the United States is built freedom and diversity.

According to Steven A. Camarota Director of Research for the Center for Immigration Studies, Trump's decision to suspend temporary worker programs may be what the U.S. needs now. “Immigration is fundamentally a labor issue, and given the employment situation, the country needs to rethink the current policy of allowing in very large numbers of foreign workers. The April jobs report from the Bureau of Labor Statistics showed, as expected, massive losses and record-high unemployment.” [2]

According to academic institutions like the Penn Wharton University of Pennsylvania, a decrease in immigration could impact negatively the U.S. economy. Immigrants produce more patentable innovations than native-born Americans and start new businesses at twice the rate of native-born Americans.[3]

It is time to think about the limits of the presidential powers in regard to immigration policy… There is still more to understand in regard to the limits of the presidential powers over immigration. There are arguments to support a more flexible and inclusive immigration policy, and that there others that support the harsh views of President Trump. However, I don't think we understand all that it's at stake when it comes to dealing with the immigration of millions to the U.S.

While there have been decisions where courts recognize the importance of immigrants, there are countless instances where they have expressed that there are no constitutional protections for non-citizens. Moreover, what about the contradictory positions of academics and politicians? Immigration policy is a multicolor flag that is used to support everyone's views and interests. President Trump has multiple purposes for it, and he has no shame in using it to advance his personal goals for a “better” United States.

In this context, now is the time to think more about the limits of the presidential powers in regard to immigration policy…

[2] Why Trump Must Suspend Temporary Worker Programs. By Steven A. Camarota on May 28, 2020. At https://cis.org/Camarota/Why-Trump-Must-Suspend-Temporary-Worker-Programs.

[3] Trump is doing all the wrong things on immigration. By Jeffrey Miron and Laura Nicolae. At https://www.cnn.com/2019/06/26/opinions/trump-doing-all-the-wrong-things-on-immigration-miron-nicolae/index.html